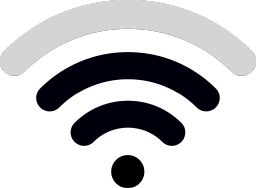 Description:
A few years ago, US Navy pilot Dominic "Mailman" Farnham died in a plane crash that everyone blamed on the unreliability of Farnham's comrade Leland Harley. The incident follows Harley's son Topper, later a fighter jet pilot himself, and finally leads to his resignation from the army and living in seclusion with an Indian tribe. But he is needed again, so officer James Block brings him back to active duty for the secret operation "Sleepy Weasel" with the fighter jets of the "Oscar Entenweich" type.

His "elite force" is a confused bunch of short-sighted, mentally disturbed or simply incompetent pilots led by the insane Admiral Benson, whose entire body consists almost entirely of spare parts after countless wartime operations, which he is fond of reporting on. The team includes the half-blind Jim "Fisheye" Pfaffenbach, Pete "Jetemann" Thompson and Topper's rival Kent Gregory. Clashes between Topper and Gregory are inevitable as he is the son of the late Dominic Farnham and covets the same woman as Topper: the beautiful psychiatrist Ramada.

Squadron leader James Block has meanwhile been bribed by the aircraft manufacturers Wilson and Rosener and is supposed to sabotage the mission in order to motivate the government to use the competing products. Aboard the aircraft carrier S.S. Essess draw the men into battle, with Block trying to use Harley's sensitive reactions to the mention of his father to sabotage the maneuver. However, when he realizes that Rosener and Wilson are breaking their promise not to harm anyone, he turns the tables. He reveals the truth to the already out-of-control Harley, which is that his father was doing everything he could to save Farnham's life when the accident happened. This means that "Sleepy Weasel" can still be successfully completed and Rosener and Wilson can be overwhelmed. After that, Gregory and Harley get along. Harley teams up with Ramada.